Brandon Curry was born in Tennessee. In his early career, he was interested in weight lifting training. According to him, he was much impressed by rock and Arnold. When he was a student he indulged in wrestling and football. He played football for his university.

Shawn Rhoden was born in Kingston, Jamaica. He was a good athletic growing up. Shawn with his family moved to the US in 1990 for good.

Rhoden played soccer in his youth and started in 1992 with bodybuilding. After his amateur career with multiple injuries and alcohol dependence, he won the 2010 IFBB Pro card for the first time.

Hadi choopan is an Iranian professional fitness sensation and bodybuilder. He is known as The Persian Wolf.

William Bonac was born in Ghana. He spent his childhood in Ghana. Later on, he moved to Australia, where he started his bodybuilding career. At the age of 13, he started exercising to relieve stress.

After two decades of training, in 2014 he was on the stage for the first time as Mr. Olympia, where he finished 15th year of his age.

Maxx Charles was born in Haiti. His family moved to New York when he was only one year old. He remained in search of work in his first 9 years of his life. He had not seen his father in those 9 years.

When Maxx was 8 years old he was taking interest in bodybuilding and fitness. He was much impressed by Arnold because of his physique.

According to Maxx, Arnold was his ideal in bodybuilding. He really loved to work out during his childhood.

Becoming Mr. Olympia was his dream as well as passion. In 2015 he won the Tampa Pro with much of his hard work. He attended many Olympia events, attending the Olympia event itself was a lot of inspiration for Maxx Charles. 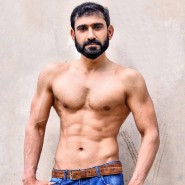 I am a physical trainer and Fitness model, having more than 5 years of practical experience in the fitness industry. I am also IT expert and digital marketer, I focus on diet, exercises, muscle building, and healthy nutrition.

How to Become a Professional Personal Fitness Trainer in 2021

How To Look Smart And Healthy After 40?

How To Get Six Pack Abs With Dumbbells